Spread out amid the sacred atmosphere of a former church’s nave, Andreas Schmitten’s large-scale spatial sculptures of endlessly elongated limbs and face are both striking and unsettling. They are part of his recent first solo exhibition at König Galerie in Berlin, titled Sesshaft (‘Settled’) and aim to reflect on the human way of life in an era of globalisation. 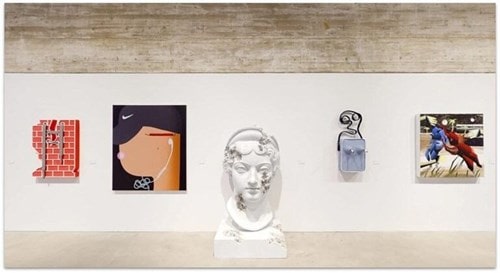 Berlin is well-known for its impressive cultural and artistic heritage, and has a thriving arts scene, with artists from all over the globe coming to live and work. Just thirty-minutes walk away from Hotel de Rome, one of the foremost contemporary art galleries in Berlin, König Galerie was founded in 2002 by Johann König, and currently represents 40 international emerging and established artists, mostly belonging to a younger generation. König’s focus is on interdisciplinary, concept-oriented and space-based approaches, in a variety of media including sculpture, video, sound, painting, printmaking, photography and performance.

The current gallery was set up in May 2015, in an old 1960s Brutalist-style church. There is also a König London and a König Tokyo, among other outposts, and a König Digital showcasing works by artists creating experiences online. The gallery is part of the roster of Art Basel and Frieze, and its patrons include both Museum of Modern Art in New York and the Guggenheim Foundation.

Another exhibition at König Galerie, Born in the Fluffy Journey.

Displayed in the chapel, consists of vividly colourful dreamlike scenes inhabited by animals, plants, and manga-style young girls created by Ayako Rokkaku, who has established herself as one of the most exciting contemporary Japanese artists. 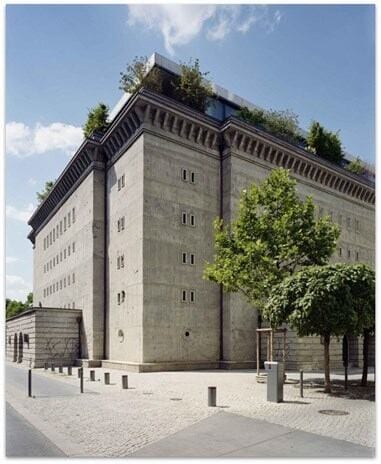 König Galerie is just one of many contemporary art galleries in Berlin’s ever-evolving art scene that has spilled out from the conventional gallery space to the more unusual art spaces.

Boros Collection, located in a converted bunker, displays intriguing works by international artists dating from 1990 to the present, including works by Martin Boyce, Andreas Eriksson, Guan Xiao, He Xiangyu, Uwe Henneken, and Yngve Holen, among others. 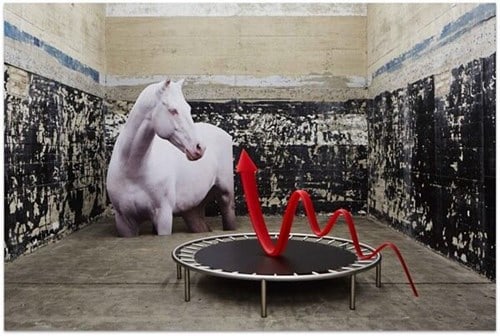 One of the highlights in the Boros Collection is an installation titled Pattern of Activation (2014), by Katja Novitskova, that questions how technology might completely transform our future. Another work, Sniffing for every jungle (2013), by Justin Matherly, consists of a monumental concrete sculpture of a lion encased in Zimmer frames. 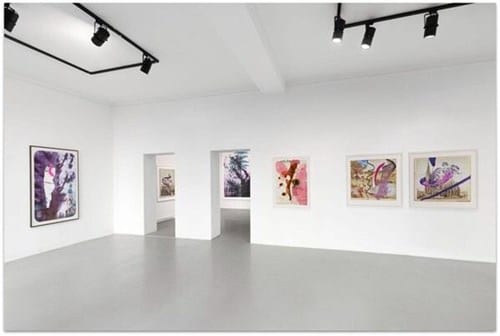 While Berlin’s galleries are on Hotel de Rome’s doorstep, guests can discover Berlin’s contemporary art scene without even having to leave the hotel. Rocco Forte regularly collaborates with Circle Culture Gallery, which is known for its bold art emerging from urban subcultures, and frequently holds in-house exhibitions here. Watch out for the giant red cage installation in the heart of the hotel’s lobby. 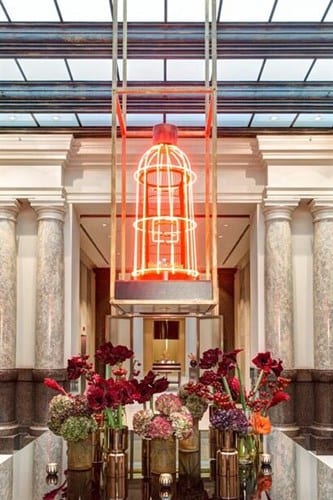 Based in Mitte, the gallery was founded by Dirk Staudinger and Johann Haehling von Lanzenauer in 2003, and explores themes that vary from design and music to architecture and street art, with key previous exhibitors including American contemporary street artist Shepard Fairey, anonymous photographer and artist JR, and Raymond Pettibon, famed for his comic-like drawings. The gallery is open to guests of Rocco Forte Hotels by appointment.

For more information or to book your visit, email reservations.derome@roccofortehotels.com or call +49 30 460 609 1430 and explore innovative works of emerging and established artists at Berlin’s eclectic contemporary art galleries and museums.