The royal architecture of britain

Britain’s rich tapestry of history has traversed many millennia, from pre-Roman times to a digital 21st century. Throughout the years there has been one constant: a royal family that have led and motivated their people to strive for better things or protect what is most precious to them. This has led to a continuum of high architecture that has both subjugated and inspired the people of Britain.

Natural outdoor settings for events are the new holy grail, enabling people to safely enjoy experiences in a post-pandemic world. In Florence, Hotel Savoy has joined the global zeitgeist in its desire to create safe, outdoor experiences for its guests in and around the city. 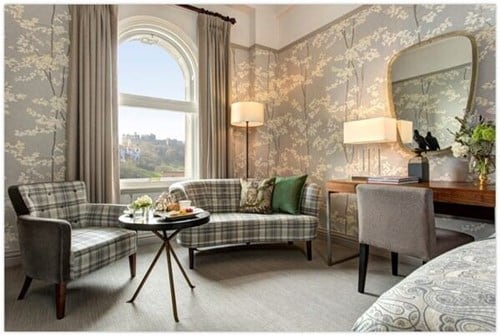 Perched high above the rooms and suites of The Balmoral, Edinburgh Castle is one of Europe’s oldest fortified palaces. As one of the most besieged buildings in Europe it comes as no surprise that the castle has been destroyed and rebuilt many times, with evidence of each period still visible today. At the heart of the castle, St Margaret’s Chapel dates to the 12th century. The ornate Renaissance interiors of the Great Hall, built at the outer edge of Castle Rock, date to 1511 and were commissioned by James IV, while many of the other castle interiors were redesigned during the Victorian era. Its mishmash of styles and striking position on a volcanic outcrop above the city make it one of Britain’s most imposing royal residences. 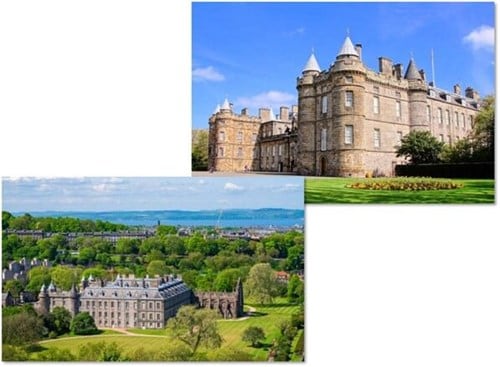 The Palace of Holyroodhouse in Edinburgh is the Queen's official residence in Scotland, and dates to 1528 when James V built royal lodgings, of which just the north-west tower remains. Soon after, the palace underwent major renovations under James VI and its gardens were enlarged, although in 1650 a fire destroyed much of the building. After the Restoration, Charles II commissioned designer Sir William Bruce to create a more dynamic Baroque palace, that also preserved what was left of the original building. Inside, the state apartments are decorated with ornate plasterwork ceilings and intricate wood carvings, and the walls of the Great Gallery are hung with 111 portraits of the kings of Scotland.

The official residence of the UK’s sovereigns since 1837, the same year that Brown’s Hotel first opened less than a mile away, when George IV commissioned the architect John Nash to enlarge what was Buckingham House into a palace. The neo-classical façade typifies the period, and echoes much of the surrounding architecture in Mayfair. The palace interior is wonderfully opulent, with rich baroque and rococo finishes, and elegantly decorative stonework. At the turn of the century, Edward VII renovated many of the rooms in a timeless Belle Epoque style, favouring creams and golds. Housing one of the world’s finest art and furniture collections, Buckingham Palace is, unsurprisingly, the most pre-eminent of the Royal Palaces. 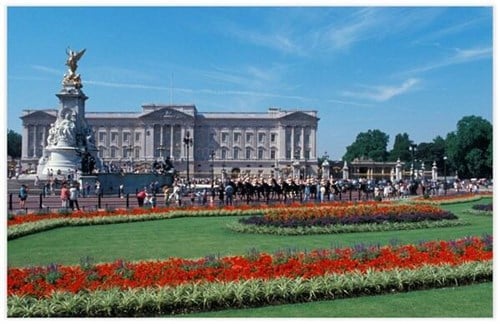 A working royal residence, Kensington Palace was the birthplace and childhood home of Queen Victoria, and the favourite residence of successive sovereigns until 1760. William (III) and Mary (II) bought the Jacobean mansion, which was known as Nottingham House, in 1689, and expanded it with the help of architect Sir Christopher Wren, best known for St Paul’s Cathedral. There is much to admire in the interior, from the 17th century panelling to the Cupola Room, the first royal commission of artist and designer William Kent, with its painted wooden pilasters and white marble niches housing gilt-lead statues of Roman deities. In 2013 a renovation elegantly blended the old and the new and the palace grounds were re-landscaped by Todd Longstaffe-Gowan. Today, Kensington Palace is the home of the Duke and Duchess of Cambridge and their family.

England’s most significant royal Tudor residence, the 16th century Hampton Court Palace is symbolic of the age, and intimately connected to Henry VIII, who brought each of his six wives here. Towards the end of the 17th century, William and Mary commissioned Sir Christopher Wren to build an equally impressive Baroque palace alongside the Tudor original. Far from clashing, the two buildings work in harmony together, melding the strong Tudor motifs with the ornate dynamism of the Baroque. Hampton Court is also known for its gardens, from the reconstructed William III Privy Garden, to Capability Brown’s Great Vine.

A Victorian gothic masterpiece and one of London’s most iconic landmarks, the Palace of Westminster (otherwise known as the Houses of Parliament) was created by architect Charles Barry after a fire destroyed almost the whole building in 1834. Preoccupied with balancing the horizontal and the vertical, Barry incorporated continuous bands of panelled stone surmounted by turrets to create an imposing statement on the banks of the River Thames.  With the help of Augustus Pugin, Barry decorated the interiors in the Gothic Revival style with elaborate carvings, stained glass, richly decorated walls and royal thrones and canopies. The Robing Room, mainly used by the Sovereign for the State Opening of Parliament, is home to the 19th century Chair of State which sits beneath a canopy carved with the rose of England, the thistle of Scotland, the shamrock of Ireland and Queen Victoria's monogram.

Brown’s Hotel in London and The Balmoral in Edinburgh make the perfect bases to explore the United Kingdom’s striking palaces and castles. To book a stay at Brown’s Hotel, email reservations.browns@roccofortehotels.com or call +44 20 7493 6020. To book a stay at The Balmoral, email reservations.balmoral@roccofortehotels.com or call +44 131 556 2414.