Rome combines big cultural draws with beautiful piazzas and the charm of a picturesque village, making it a magnet for both history buffs and city explorers. Take a day off from the museums and explore Piazza del Campidoglio, go ‘backstage’ at the Colosseum, or walk along the Appian Way. These are just a handful of some of the outdoor experiences you can enjoy when you stay at Hotel de la Ville, as well as Hotel de Russie and Rocco Forte House.

Perfect for… An eye for design

Just a seven-minute drive away from Hotel de la Ville lies a Renaissance masterpiece at the summit of the Capitoline hill, formerly home to the Roman senate. The beautiful Piazza del Campidoglio was designed by Michelangelo. He was commissioned by Pope Paul III, who, expecting a visit from the Holy Roman Emperor, wanted to create an impressive civic square on the ruins of the Capitol. Although the piazza was not finished in Michelangelo’s lifetime, his vision eventually came to fruition. He solved the problem of a slightly irregular, trapezoid site by placing a statue of Emperor Marcus Aurelius in the centre of the square to draw the eye. The piazza is accessed by a monumental staircase and the buildings in the square are home to the famous Capitoline museums. 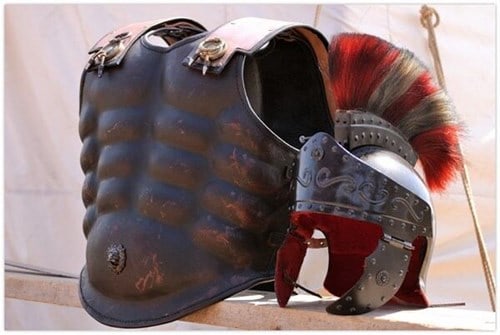 Perfect for… The heart of the action

Venture inside the Colosseum's gladiator tunnels

Following a ten-year renovation funded by Italian fashion house Tod’s, the Colosseum’s open-air underground area where gladiators readied for combat is now open for guided tours for the first time in the Colosseum’s nearly 2,000-year history. Stroll down 525 feet of wooden walkways throughout the Colosseum's underground structure, venture into corridors where fighters used to enter the area and catch a glimpse of niches that were used to store caged animals. When you tire of combat, it is a 15-minute taxi back to Hotel de la Ville where you can indulge in the city’s finest aperitivo experience at the glamorous Cielo Terrace, looking out at the stunning skyline of the Eternal City. 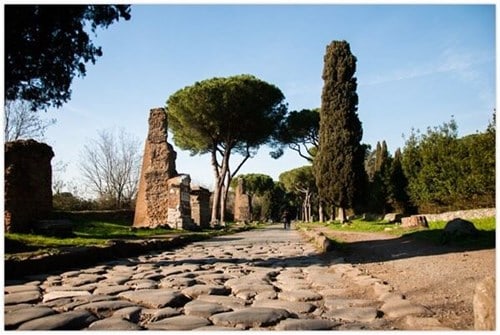 Perfect for… A leafy excursion

Walk along the awe-inspiring Appian Way

One of the most strategically important Roman roads, the beautiful tree-lined Appian Way dates back to the end of the 4th century BC. It was built by Appius Claudius Caecus, the then-censor of Rome, and connected Rome to Capua, near Naples. Later extended more than 300 miles to Brindisi on the Adriatic coast, it was the widest and longest road of the age. Parco Regionale dell’Appia Antica, is a 20-minute cycle from Hotel de la Ville and here you will pass the Catacombs of San Callisto and San Sebastiano, as well as many significant basilicas and tombs which line the road. Our concierge will be more than happy to arrange a spectacular guided tour by bicycle or horseback for you to enjoy.

Rocco Forte House is an unforgettable location for groups and families. Email our reservations team on ​reservations.romahouse@roccofortehotels.com or call +39 06 3288 8990 for more details.