Florence, is celebrating something of 21st Renaissance these days.

From ground-breaking public art to dynamic cultural and artisan fairs like the Regeneration Festival and Artigianato e Palazzo, it's on a roll. But it’s the under-the-radar places—those ones that the locals so often keep to themselves—that really make the destination. Rocco Forte Hotels asked seven Florentine tastemakers, from fashion designers to art dealers, to open their black books and share the addresses that, to them, are the quintessence of their city.

Gioia Bini’s floaty, sexy dresses, made sustainably with vintage fabrics, are available on Matchesfashion.com and at Luisa Via Roma.

“I love Le Volpi e l’Uva. The owner has a fun, original selection of wines by the glass, and sources all these crazy cheeses. It’s hidden behind the Ponte Vecchio on a little square that’s always shady in summer. Or I go to Cibreo Caffe, near Sant'Ambrogio market, where they serve a very refined selection of foods on delicate porcelain plates—and make the best dirty martinis.

“And my favourite church is San Miniato—partly because there’s a forest behind it you can walk through, which feels like you’ve stepped completely out of the city. And on my way back down into town I can stroll the Via San Leonardo, my favourite road in Florence—all cobble stones and a forgotten-in-time time feeling.” 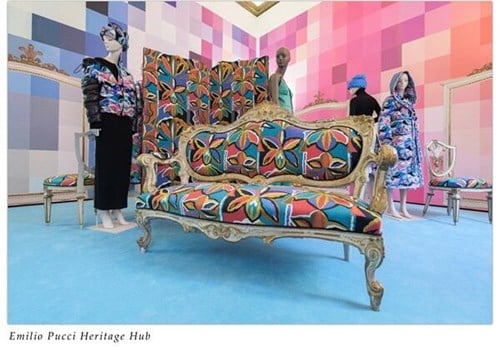 Deputy chairwoman of the house founded by her father Emilio, Laudomia Pucci is one of Florence’s faces of high fashion.

“I always suggest two classics: the signature millefoglie frozen cake at Vivoli, one of Florence’s oldest and still best gelaterie. And anything from the Profumeria di Santissima Annunziata, which was founded in 1561 and has divine fragrances and creams.

“The Galleria Continua in San Gimignano is absolutely worth a half-day trip. It’s a wonderland of unexpected contemporary art in the heart of a small medieval town, shown across various super locations, run by a team of young and very talented locals.

“And I would also suggest our own Palazzo Pucci - Emilio Pucci Heritage Hub, which contains the extraordinary Pucci archives. We're at work on making tailored by-appointment visits a possibility.”

Fabrizio Moretti opened his esteemed Florence gallery, which focusses on Old Masters, in 1999; it now has outposts in London and Monaco.

“The Studiolo of Francesco I de’ Medici in the Palazzo Vecchio is a small but rich cachet of master works; the paintings are by the Studiolo artists, who were students of Bronzino, and the sculptures by Giambologna. Created around 1570 by Giorgio Vasari in collaboration with Vincenzo Borghini, it reiterates both Francesco I’s passion and his great patronage.” 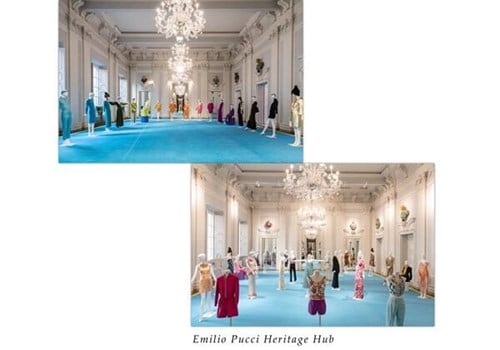 Director of brand development at Loretta Caponi, Guido Conti Caponi steers the creative direction of the artisanal embroiderers founded by his grandmother.

“To access Casa Wolf Galleria you have to ring a bell on Borgo San Frediano. It’s a place you don’t expect, a wunderkammer of paintings, objects, and textiles displayed with elegance in spaces where furniture is restored, replicated or made-to-measure. Duccio, the cultivated and eclectic padrone di "casa", offers design and renovation services with his team. It’s in the true vein of the Renaissance tradition of artisan ateliers and boutiques.

“The Cappella di San Luca o dei Pittori, in the Basilica di SS. Annunziata, is a little jewel in the church’s convent. Extraordinary works by Pontormo, Santi di Tito, Vasari, Luca Giordano, and Antonio da Sangallo the Elder are matched by a saints and prophets realised with great naturalism in white-painted terracotta. It immerses you in the artistic fervour of 16th and 17th century Florence—it’s a head-spinning concentration of artistic marvels.” 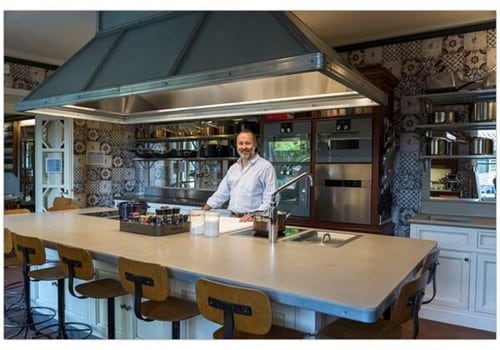 Together with his father Riccardo, Francesco Barthel runs his eponymous interior-design emporium from a rambling complex on the Via de’ Serragli.

“Why Bellosguardo? The name itself says it—a place just a few hundred metres above the Arno from which you can both admire the city and appreciate how connected it still is to the surrounding countryside. To one side cypress and olive groves, fields in flower; to the other all the monuments—the Duomo, Palazzo Pitti, Santo Spirito—which you can almost touch.

“And then it has to be Buca Lapi, the oldest restaurant in Florence, where Luciano welcomes his guests with refinement in a warm and unique space—one where all the traditional Tuscan standards get their due, but the bistecca reigns.”

A onetime accessories director at Valentino, Spanish-born Álvaro Gonzalez’s sandals are coveted by stylish men and women from South Kensington to Sydney.

“I love the Museo Marino Marini. To find a space dedicated to the most important mid-20th century Italian artist in a deconsecrated church in the country’s Renaissance capital is magical. There is something of Pompeii in his sculptures—not only the shapes, but also in the sensations they provoke. And I love how the architect Giuseppe Ruggiero resolved the design of the former church of San Pancrazio.” 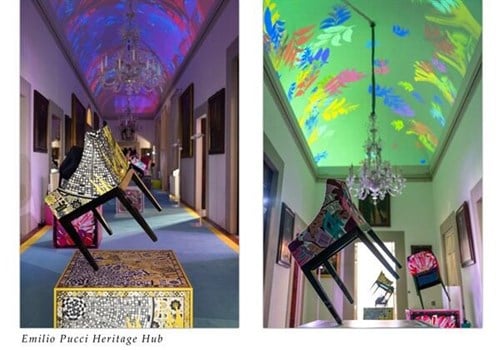 Tom Richards, a portrait artist who teaches at the Florence Academy of Art, has lived in the city since 2010.

“Bizzarri in Via della Condotta is an old-fashioned apothecary selling extremely high-quality materials, like linseed oil and turpentine, for artists and restorers. Other, more exotic things can be found to satisfy one’s inner Harry Potter—‘erbe della paura’ is an actual product they stock! And even if you are not an artist (or magician) you’ll appreciate their hand cream, the secret behind many a reassuring Florentine handshake.

“Leone Cornici, in Via il Prato, makes and restores museum-quality frames for major galleries and top dealers. The atmosphere in his bottega should be preserved forever as the epitome of Florentine craft, dirty jokes and familial pride. Landi Cornici instead offers an amazing range of really good pre-moulded frames with any imaginable finish, at very reasonable prices and super-punctual service.”